×
You are here: Home / Recipes / Vegan / No Bake Vegan Brownies 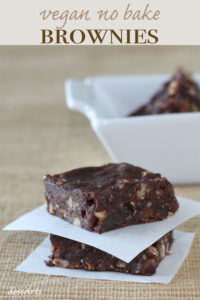 No bake vegan brownies are made with just 5 ingredients and are quick and easy to make. They are surprisingly delicious and better for you too. 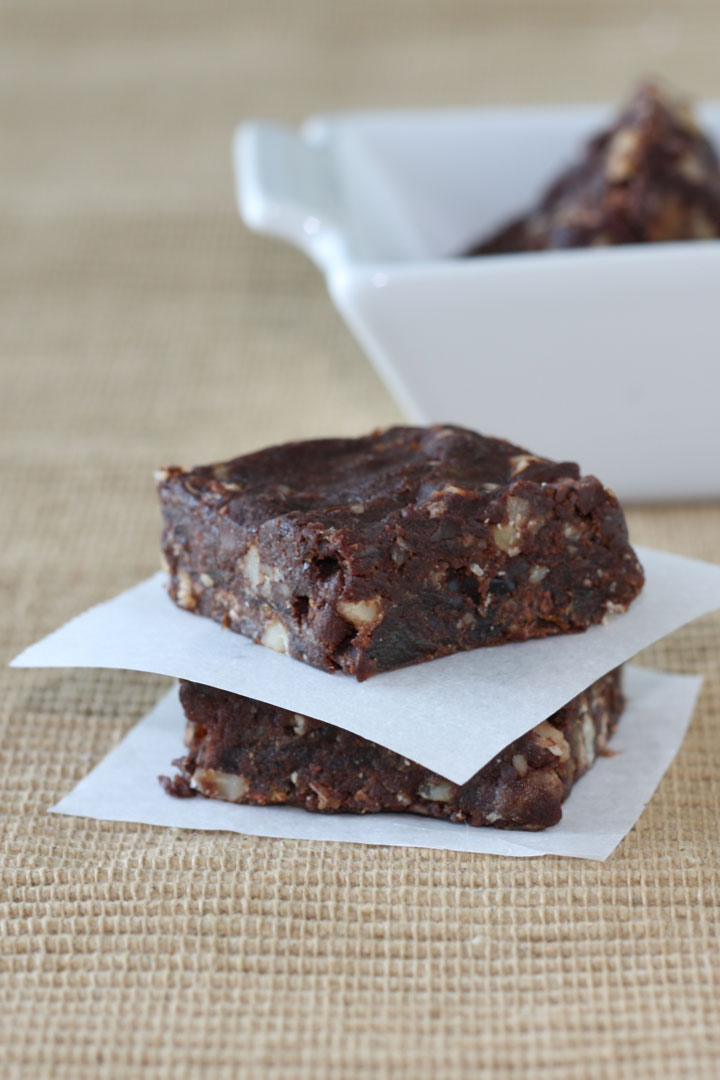 It's been slow on the blog since we've been away many days of summer and spent the last few weeks traveling in Vancouver and Alaska. It's now September so its back to school and back to routine.  I've been waiting for the day where I wake up feeling refreshed with a clear mind to start this thing up again. I waited and waited, but the day did not come. So today I decided I'm just going to do it anyway. 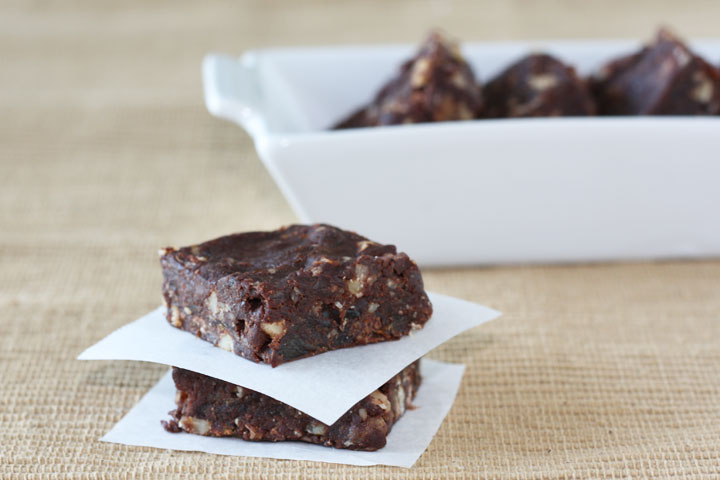 Today I'm sharing a recipe that I first saw on Tessa's site at Handle the Heat. It's a vegan brownie recipe and it's flourless. I know what you are thinking...why is she bothering?...how can that be any good?

My thoughts were exactly, but Tessa's post convinced me to try it and I've made it about four times since then! It's quick, easy, and requires no baking. Sounds too good to be true, right? 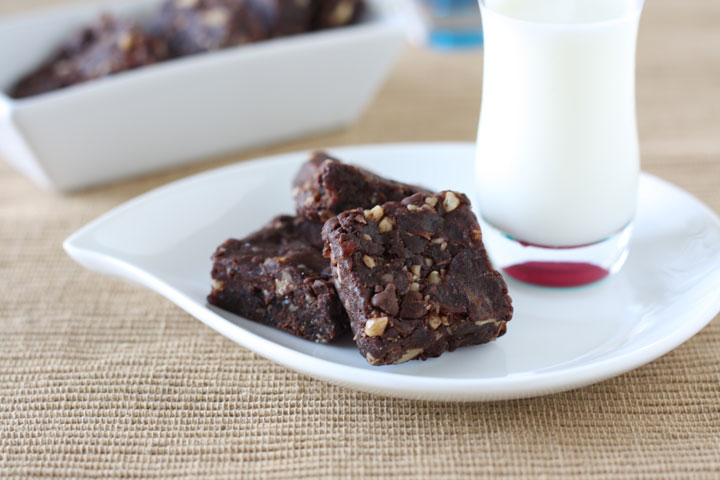 It's definitely a different texture from your normal brownie. Imagine more of a really really fudgy brownie. The nice thing about the recipe is that you can really add whatever else you want to it.

I think it's a great energy snack for V, who just thinks it's like any other brownie and will happily eat it. So, I add extra crushed nuts sometimes. You could add some dried fruit bits as well. The basic recipe tastes great, but since I'm a chocolate fanatic, I also add ¼ cup of mini chocolate chips to the mixture.

I'm definitely not saying this is the equivalent to a brownie like say these red wine chocolate brownies that come with all the goodness of butter, sugar, and eggs. However, it's enough to satisfy my chocolate craving without so much guilt. I highly suggest you try it if you have the same guilty cravings as often as I do. Oh and don't let the term "vegan" scare you either.

Not ready to make the no bake vegan brownies? PIN it now and SAVE it for later!

For another version of no bake brownies, check out my No Bake Healthy Brownies that are loaded with superfoods.

« Fresh Mango Cupcakes
Fondant or Buttercream, Which Should I Use? »