×
You are here: Home / Recipes / Cakes / Almond Joy Cake, Made with Coconut Cream 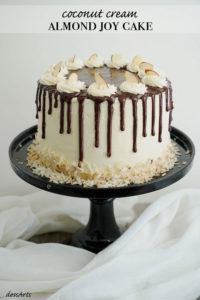 Almond Joy Cake- Coconut and almond lovers can celebrate with this cake made just for them. Plus, learn the secret to the richest softest cake ever made! This six inch cake is part of my collection of small cake recipes. 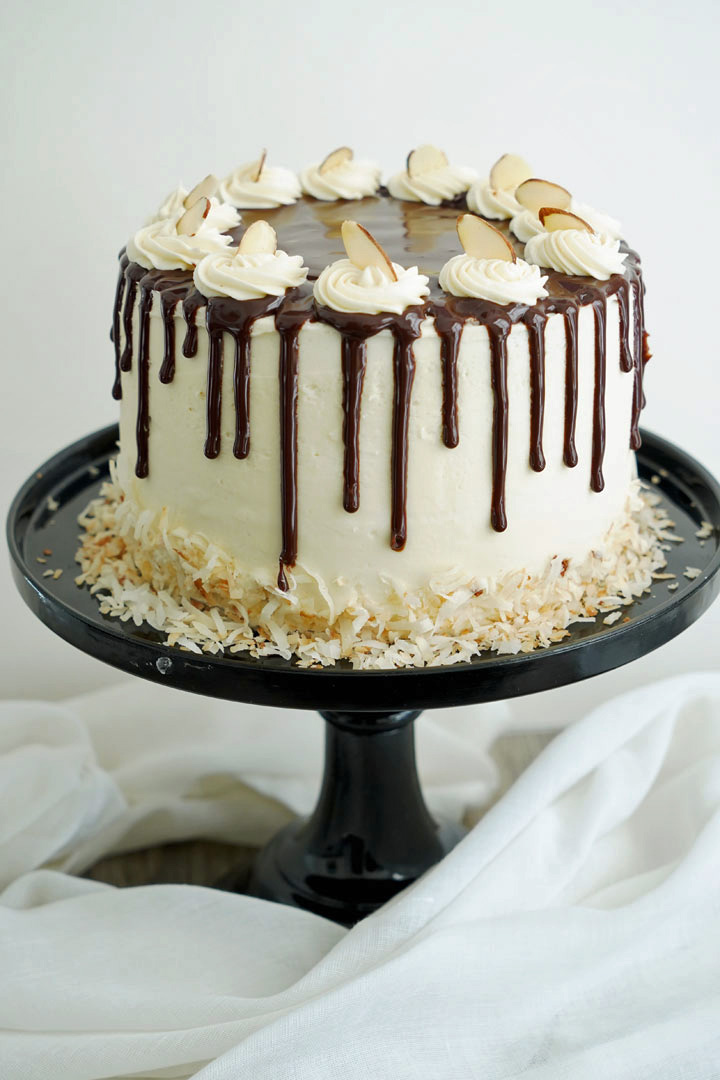 This Almond Joy cake made from scratch is part of my collection of Almond Joy inspired treats. If you enjoyed my Almond Joy brownies, wait until you taste this cake! It’s the richest, softest vanilla cake you will ever eat.  I made coconut cream cake, filled it with coconut, almond and fudge and topped it with ganache. 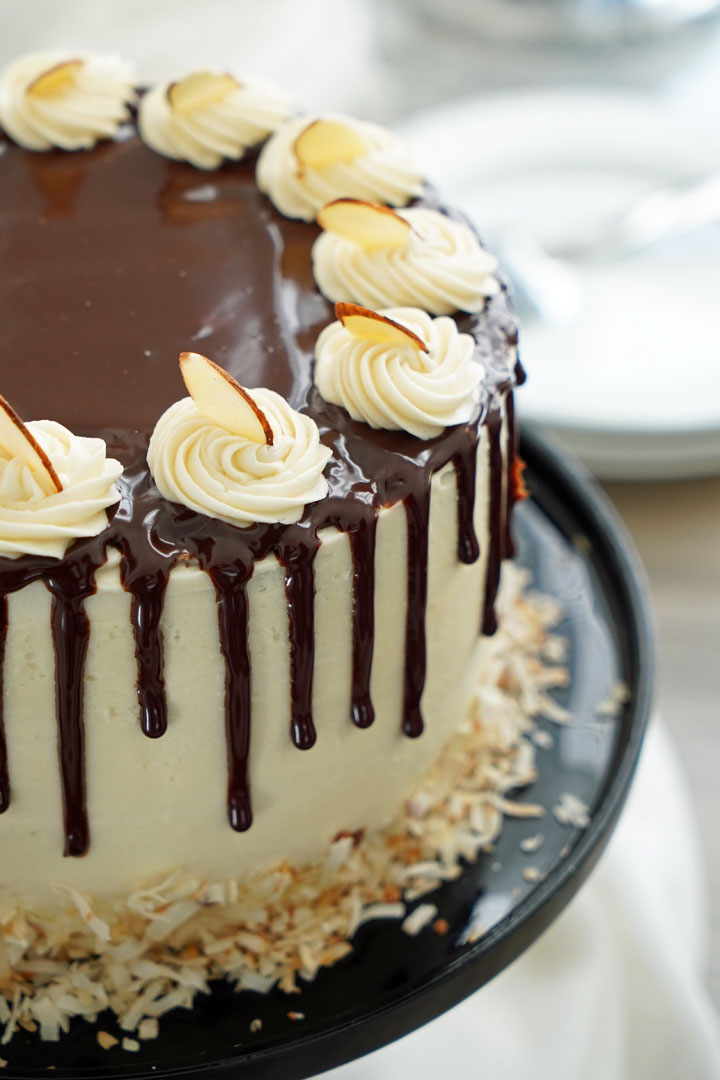 How Do You Get a Rich, Soft, Moist Coconut Cake? 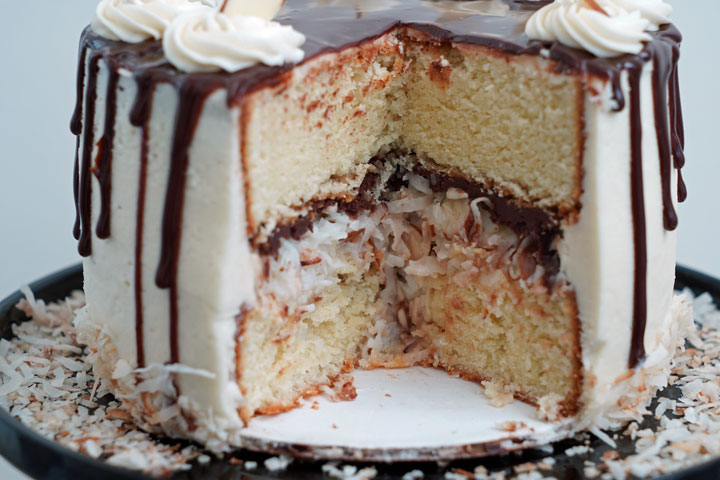 What I Used For a Coconut Cake Filling

Actually, this cake has two easy to prepare filling layers. The first layer is a mix of shredded coconut, sliced almonds and condensed milk.  It tastes just like the inside of the candy bar. A coating of ganache makes up the second layer. Like the outside of the candy bar! 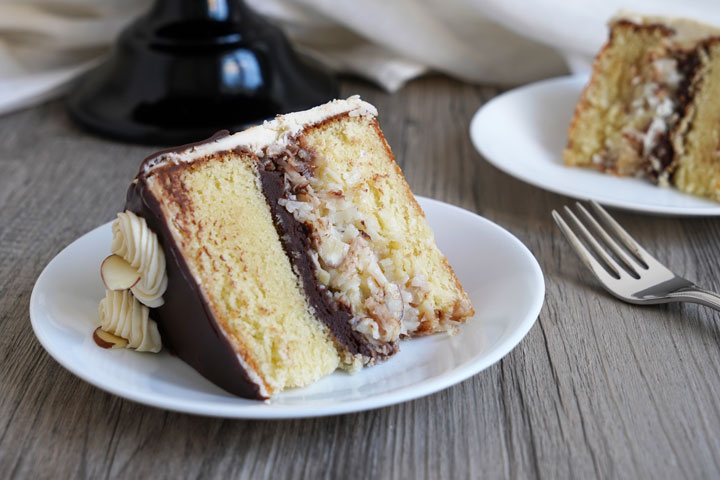 How To Decorate the Almond Joy Cake

If you are having trouble with ganache drips, several tutorials are available on YouTube. For example, Chelsweets has an excellent one.

Finally, I also quickly toasted some coconut on the stove top and used it to decorate the bottom of the cake. This also covers up any imperfections in frosting the cake!

This post was originally posted on DessArts in February 2012. It has since been updated with new text, photos and a recipe revision.