Update: This recipe has been retested and improved upon, please see my post: Fresh Mango Cupcakes, Revisted. 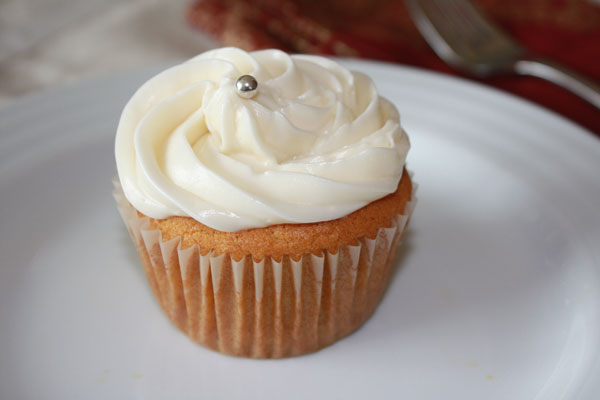 I have to start by saying I'm not crazy about mangos. I'll eat them but not because I crave them. I grew up eating them everyday of the summer because my family, like most South Asian families, has to have their daily fix as soon as they are in season. Indians are crazy about their mangos and they fuss over where to buy the sweetest ones, what variety they are and where they were imported from. Not one bit of that mango pulp goes to waste when they cut one up to eat! I know people that were even willing to to drive all the way to Canada for their mangos before the U.S. allowed imports from India. So as you can see, mangoes are a big deal and when I tell family that I think they are just okay, it drives them nuts. 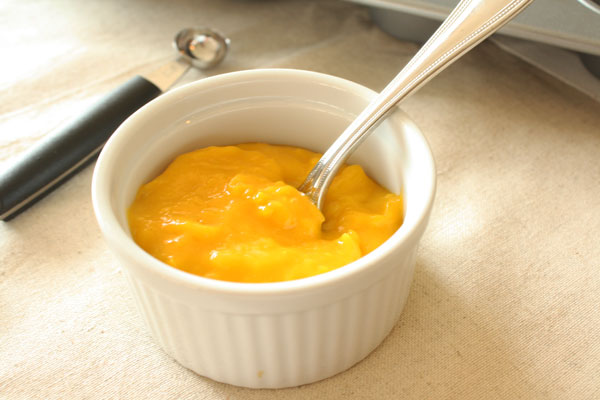 My parents were over last weekend and brought a basket of fruit with them for us to enjoy. In the mix of course was a mango. My husband prefers underripe mangoes and my little one does not seem to be  a huge fan. My parents  had left and this mango was clearly at its peak and not going to be enjoyed by anyone in this house. So I decided to turn it into some cupcakes. I also happen to have just enough buttercream left over from the last birthday cake I made to frost a dozen cupcakes!

I chose a vegan recipe for this cupcake because I wanted to create a cupcake that could be made and enjoyed by the mango fans in my family and their guests. Many South Asians, especially the elderly, do not eat eggs. The book Vegan Cupcakes Take Over the World seems to have great reviews so I thought I'd try a recipe from it. I have to admit I was impressed with the outcome despite not being able to use eggs and regular milk. I adapted the recipe for Golden Vanilla Cupcakes to create these Fresh Mango Cupcakes... 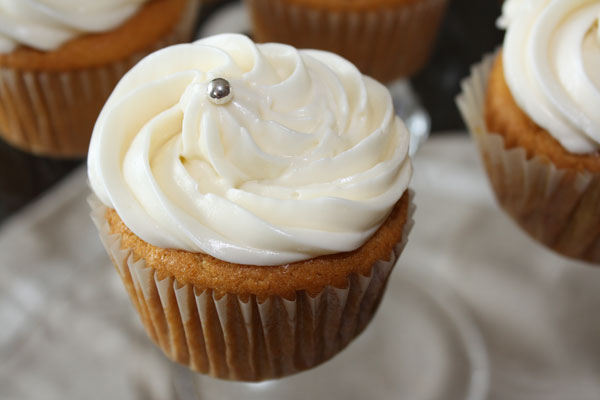 The cake is made with mango puree mixed with some coconut cream. Each cupcake is also filled with a thick mango filling... 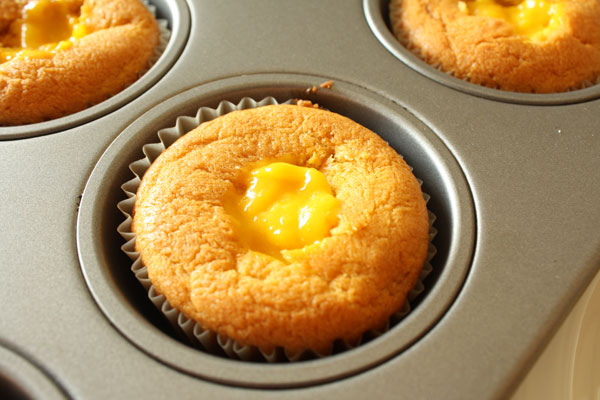 The buttercream is an Italian meringue buttercream and is NOT vegan. I used it because I did not want the buttercream that I already had to go to waste. In case you need vegan buttercream, try this recipe from the same book for Vegan Fluffy Buttercream

Below is a new and updated recipe. Please note that it is NOT vegan.

For the cupcake batter: 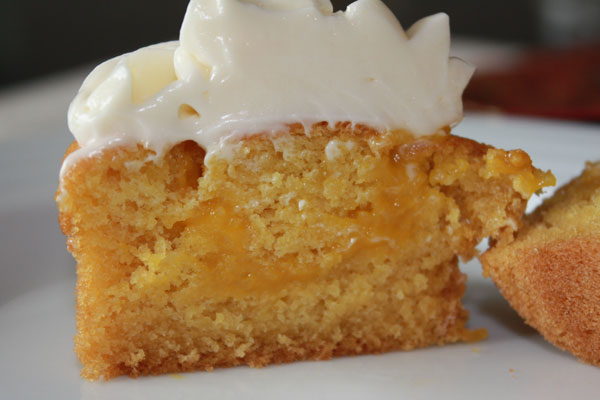 « A Stylish and Modern Cake Server
All American Dessert Buffet »