×
You are here: Home / Tips and Tricks / Instant Pot Cheesecakes 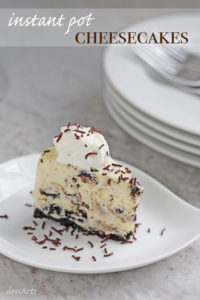 Yes, you can make cheesecakes in the Instant Pot and they are fabulous! Here's my review of two recipes and some tips on making Instant Pot cheesecakes. 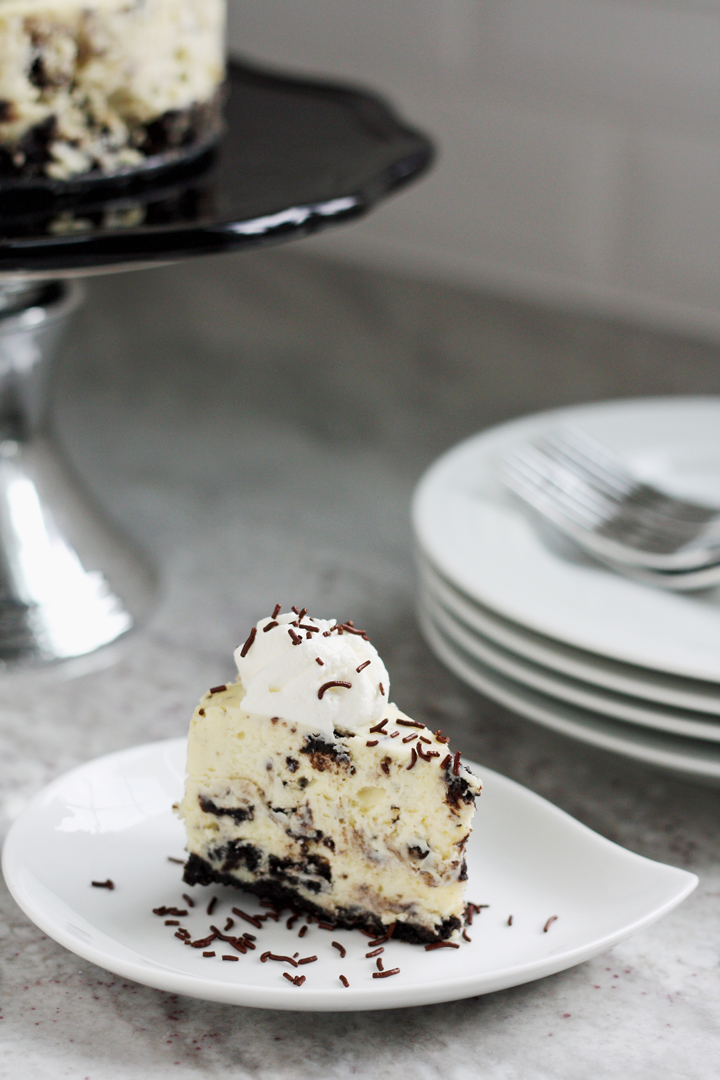 Did you just buy an Instant Pot? Wondering what else you can make in it?  Or just curious if it does everything everyone says it does? I bought one a while ago and love it.

My latest experiment was to try a cheesecake. I actually made two different Instant Pot cheesecakes and they both turned out fabulous!

We are big fans of Oreo anything. My cookies and cream birthday cake is an all time favorite and requested by V pretty much every year. So naturally, I had to make an Oreo cheesecake!

There was no sense in trying to reinvent a perfectly good recipe just so I can post a recipe to my blog. I was pretty confident that the recipes I tried were going to work out just fine.

They are from two awesome food bloggers who I have been following for a long time and whose recipes I trust. After all, I was taking these cheesecakes to a party and was looking for a low risk recipe!

So, if you were having any doubts about these recipes, consider them verified! That being said let’s talk more about Instant Pot and the cheesecakes. 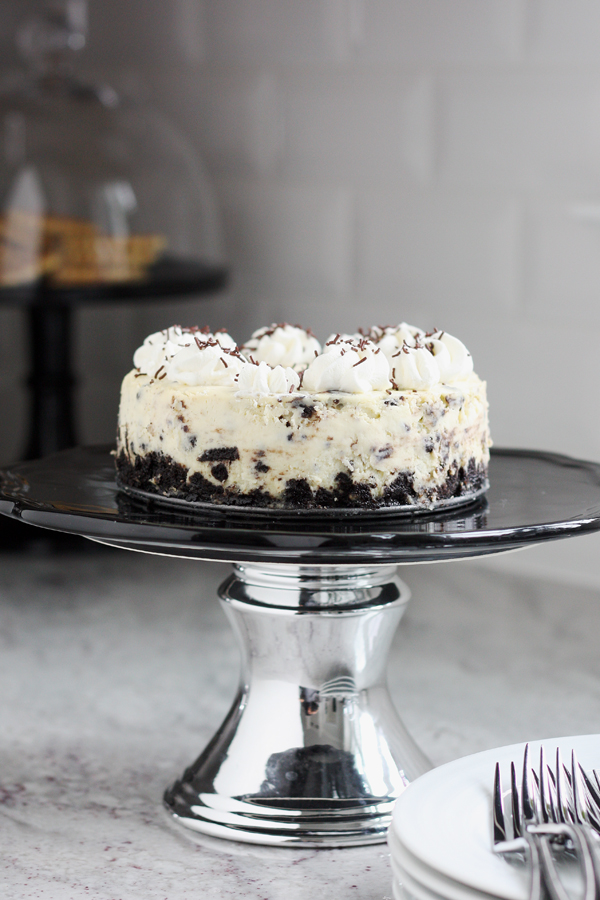 I followed their recipes exactly except for a few things. They used a seven inch pan. I had a six inch springform pan so I just left out a little under ¼ cup of batter. (I’m betting that if I added it all, it would have been just fine too!)

I also did not use a foil “sling” to lift the pan out of the pot but that’s up to you. It doesn’t affect the cheesecake.

I think pressure cooker cheesecake recipes are awesome. It makes total sense to me! The cooking environment is a lower temperature with humidity to keep the cheesecake from getting too dry. Neither of my cheesecakes cracked. (I have a fix for that by the way- see my post on how to fix a cracked cheesecake.)

Apologies for having no pictures of the salted caramel cheesecake. We were too excited to eat it and I completely forgot to snap some pics! 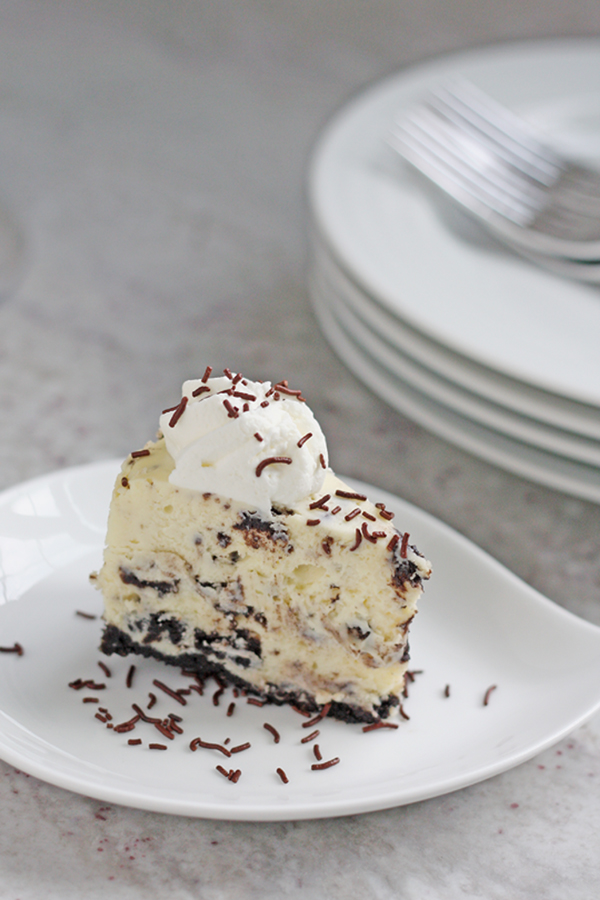 Update (10/18/18): I made another cheesecake! Check out my Instant Pot Pumpkin Cheesecake with a chocolate marble top.

Have you tried any Instant Pot cheesecakes? I want to hear about it. Drop me a comment or tag me on Instagram with @dessarts.