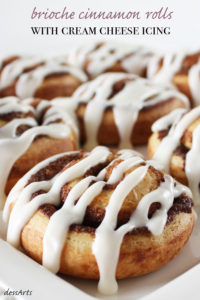 These brioche cinnamon rolls are the perfect breakfast or brunch treat. They are made with a rich buttery yeast dough and totally worth it. 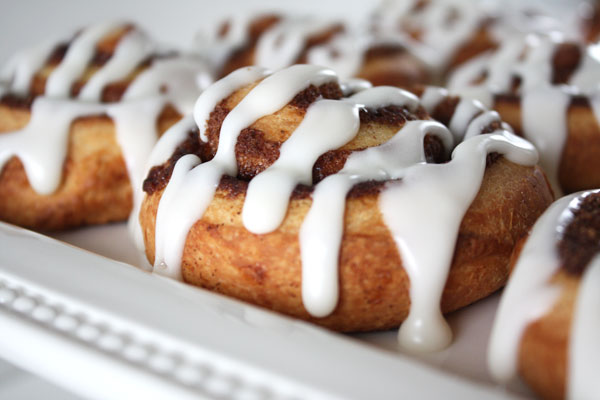 Working with yeast has never been one of my favorite things. Recently I've noticed that I'm not alone either. I've been reading other blogs and there is a group out there that would rather avoid using it.

Makes sense. Yeast is a tricky ingredient and you need a very specific environment for it to work well. Their activity and therefore the texture and flavor of the product is affected by temperature, food, water, and time.

After making this stollen and this meringue coffee cake, I think I became more comfortable with it. As long as I can get it to rise, I'm usually pretty happy with the outcome.

I also learned a trick that helps yeast rise during the dry winter: Place a pan of boiling water in a turned off oven and you have an instant proof box! 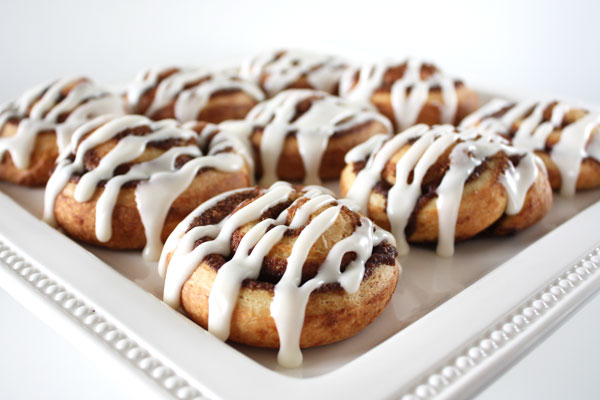 Anyways...on with the brioche cinnamon rolls. Last week, I made a loaf of brioche for my brother in law's birthday. Brioche is a highly enriched french bread with a high content of eggs and butter. It's a great dough for making french toast or cinnamon rolls.

I had not made brioche dough since culinary school. The stand mixer almost broke but the dough came out wonderful. The recipe made way more then I needed so I decided to use the left over dough for the cinnamon rolls. 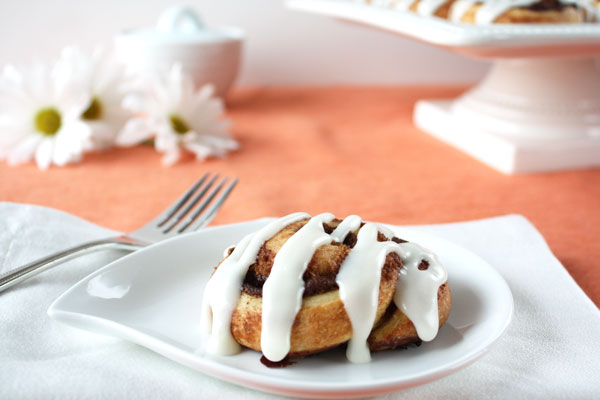 Recipe Update
I corrected the recipe below to make the correct amount of brioche dough for 15 rolls. You will not end up with extra brioche dough the way I did.

For the brioche dough

For the brioche dough

I have also rolled the cinnamon rolls and left them ready to bake in the refrigerator overnight. I let them sit on the counter while the oven preheated in the morning and then baked them off! Great time saver!