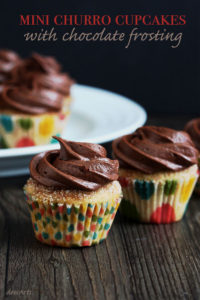 These churro cupcakes are full of cinnamon flavor. Their cinnamon sugar tops add a crunchy texture to the soft, fluffy inside, just like churros! If you like dipping your churros in chocolate, these cupcakes take care of that too with their rich chocolate cream cheese frosting. 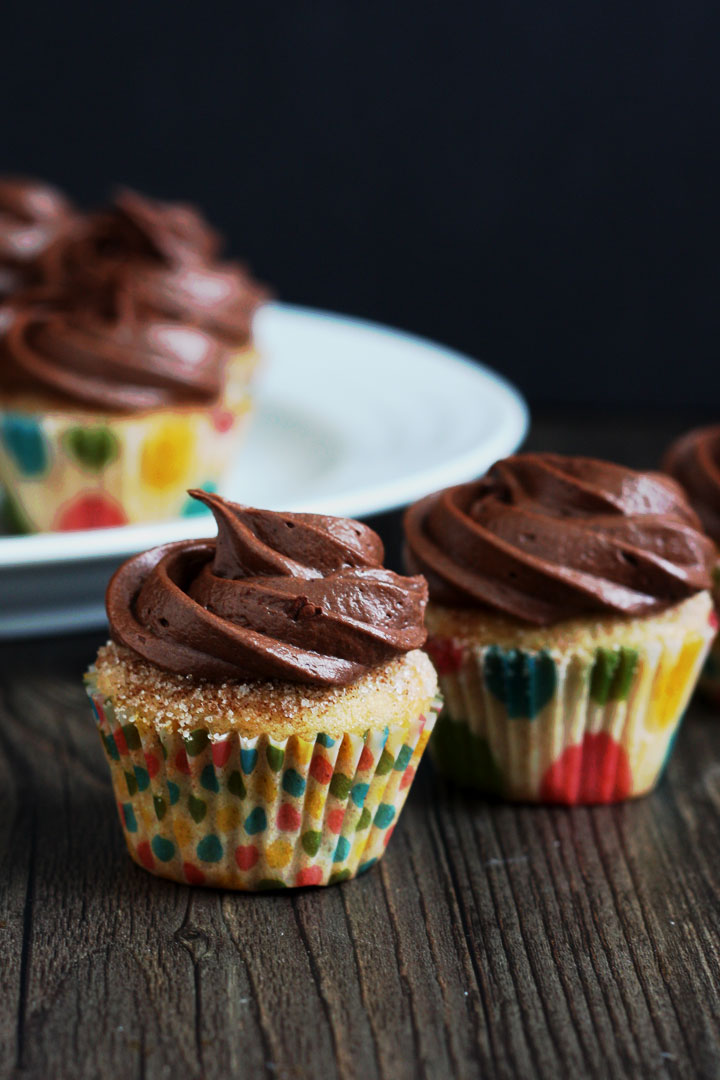 Last week, I made these churro cupcakes for a Cinco de Mayo party. I thought they were the perfect Mexican theme cupcakes. Really though, do we need an actual holiday to enjoy these amazing churro cupcakes? I think not. 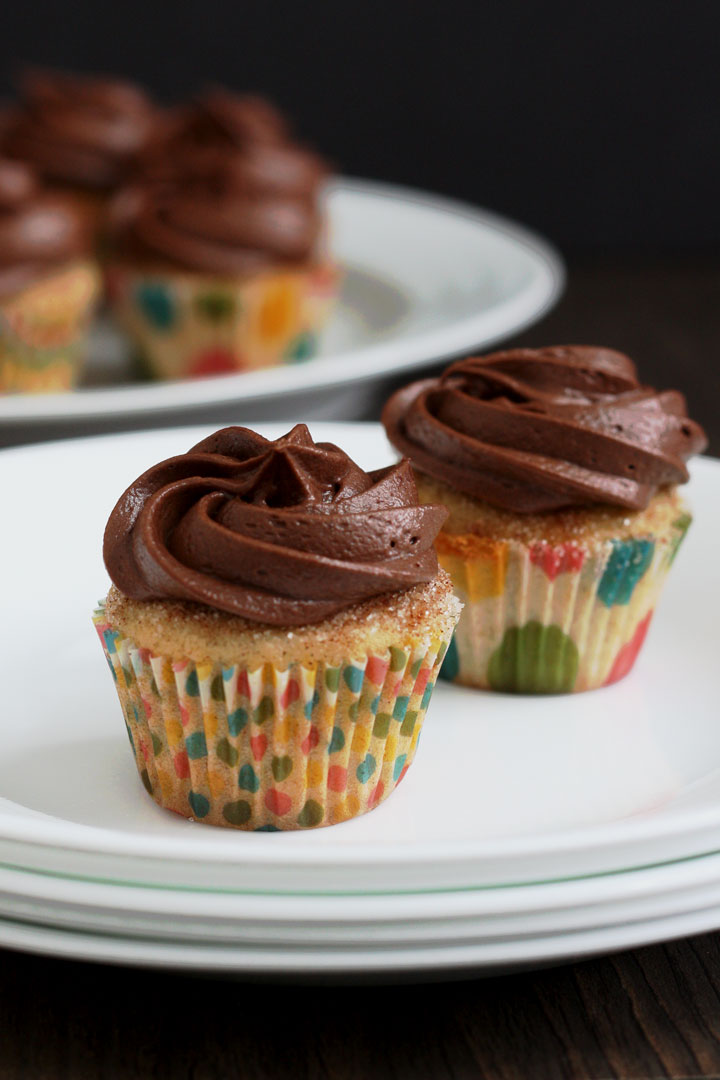 When I think about churros, I'm usually picturing a summer street fair or a carnival. Ok fine. I'm thinking about funnel cakes but they are very similar! So wouldn't these churro cupcakes be perfect for a summer backyard barbecue too? I don't know about you but I am itching to get the patio furniture out and have some outdoor fun with good food and friends! If you are way ahead of me and already planning, consider these churro cupcakes or check out  this summer recipe roundup for more ideas. 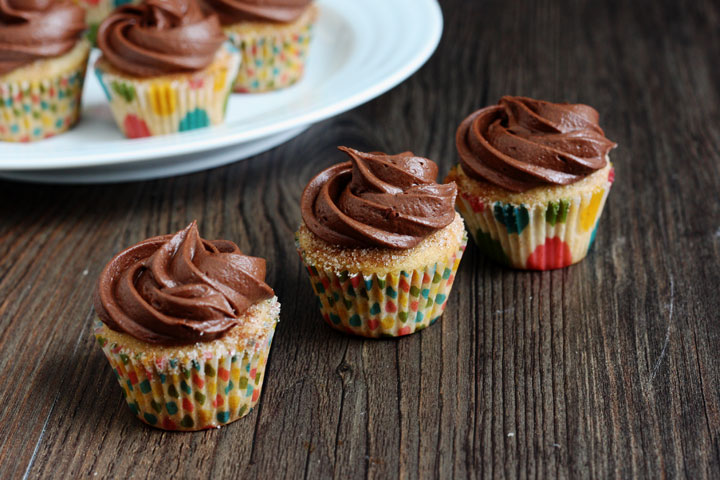 If you are not quite ready to make these, don't search for the recipe later, save it now and PIN it!